A weekend’s worth of Jekyll and Hyde weather vacillating between, sun, clouds, drizzle and storms, did naught to deter nearly five thousand athletes, in addition to countless volunteers, friends and family members, from coming together for the 43rd running of the Dexter-Ann Arbor Run, June 4th – 5th. 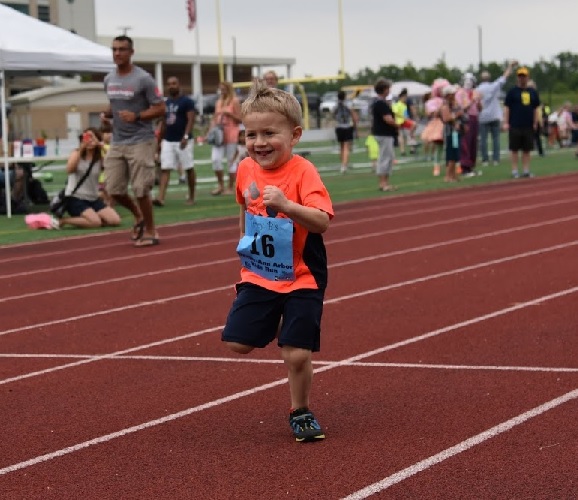 Akin to his young competitors, Harreld is all heart, noting, “It is such a privilege to fill this role for the Ann Arbor Track Club’s Dexter-Ann Arbor race weekend.”

Sunday’s kickoff of the 10K in the heart of downtown Ann Arbor where all the day’s events would culminate began with a heartwarming rendition of our national anthem by the vocally and athletically talented “Nasty Boys” including AATC President, Mitch Garner.

This year’s 5K featured a new course, sans the bus ride, which was inundated with challenging hills and turns.

“You have to know how to run it,” Harrington continued, alluding to working the angles efficiently so as not to run any further than necessary.

Rounding out the morning beginning in Dexter and finishing in Ann Arbor was the always scenic, always a challenge, signature half marathon, led by Julius Koskei, 1:05:57 and Eunice Mumbua Kioko, 1:17:39 and masters greats, Eric Green, 1:20:31 and Lisa Veneziano, 1:26:09. 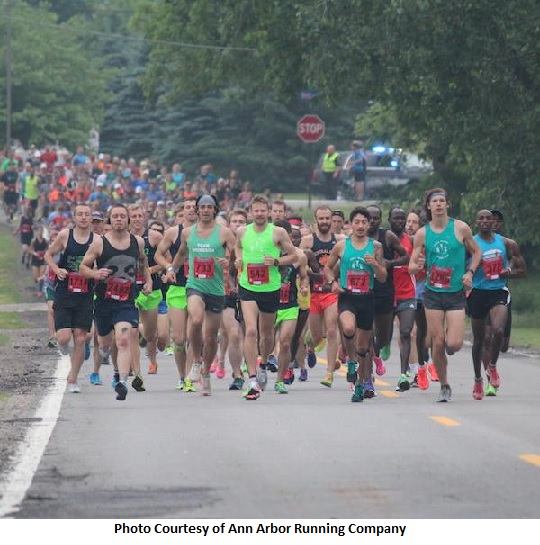 Kioko communicated that she is enjoying her first experience in the USA and her first Dexter-Ann Arbor half marathon, but “the hills – so hard, so steep.”

“This race,” Garner stressed, “exemplifies the spirit of Ann Arbor and its support for runners. I am so proud of this city’s 2015 Road Runner Club of America Outstanding Running Community election.”