Beneath a gentle exterior lies the strength of a man as brave as he is kind.

Born in Kermanshah, Iran to parents of Kurdish descent, Ann Arbor Track Club lifetime member, Behnam Kamrani, spent nine post collegiate years in Sweden before bringing his gifts to America, settling in Ann Arbor where he has resided since 2011.

“The first thing which absorbed my attention,” Kamrani acknowledged, “was the large number of runners in the streets.”

“He welcomed me to train with the Club and introduced me to the beautiful trails around Ann Arbor.

“I think the running community of Ann Arbor is really great,” Behnam continued. “It has taken my running to a new personal level.”

Raw and naïve, Kamrani entered our sport at age thirty on a dare from his brother to run the 2005 GöteborgsVarvet Half Marathon, Gothenburg, Sweden.  But that was all it took for running to become “an integral passion,” the race an “exalting,” indelible memory.

Inquisitive and bold, Behnam in 2012 completed six marathons in six months and still not sated, “spontaneously decided to try a 100M distance.”

Never one to allow logistics to stand in his way, two weeks before race day, Kamrani signed up to run Florida’s Keys100. Challenging circumstances aside, Behnam achieved success, 26:38:05 and proceeded to complete three more 100M races over the next four months, qualifying him to run his “dream event,” Badwater 135, a 135 mile summer jaunt through the desert and over three mountain ranges, fittingly declared to be “the world’s toughest foot race.”

“Behnam is a truly unique person,” Bohac admires. “Despite heroic feats, he is one of the most modest people I know – nice, approachable, unassuming, just a guy following his dreams.”

To date, Behnam has completed ten races of 100 miles in distance or longer, including three of the more challenging endurance events, Badwater 135, Western States and Spartathlon (264KM). 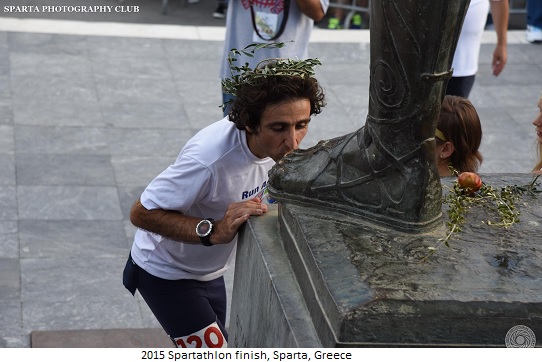 Even more profound is Behnam’s motto, “Run As One” and the deeper context within his words –

“I see myself as a Kurd, an Iranian, a Swede and someone who is growing roots in America, with strong binding to all these cultures and civilizations.
I’d like to promote the ultra running sport in societies in which ultra running is either thoroughly undiscovered or needs more attention. On another level, despite political differences and conflict, all these nationalities are peacefully residing inside me, and I hope to bring peace, camaraderie and friendship.”

With two masters degrees and his entrepreneurial, venturesome spirit, there’s no telling where life might lead our bright, kind friend, but there is no doubt that as his lifetime Club membership dictates, Ann Arbor and friendships made are his for life, ‘running and existing as one’ until the end of time.