The first ever Detroit hosted Road Runners Club of America National Convention was nothing short of “special.” That it coincided with Ann Arbor Track Club President, Mitch Garner’s first year as RRCA President only deeper enhanced its significance.

Hosted by the Downtown Runners and Walkers, the Parade Company and Convention Chairs, Doug and Anne Kurtis, convention attendees were treated to many special flavors of Detroit. 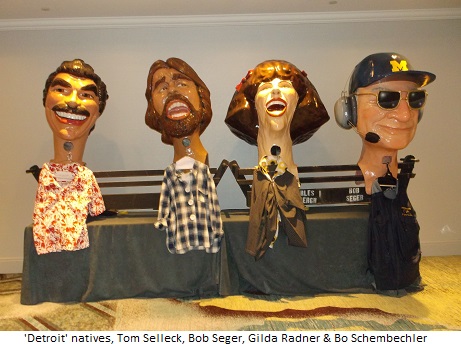 “To say that the organizers were on top of their game would be an understatement,” affirmed American Trail Running Association Executive Director, Nancy Hobbs. “The volunteers from the local clubs were ever-present, helpful, and enthusiastic; I was impressed with the attention to detail and spoke with many first timers who I’m sure will be returning attendees in the coming years.”

Kozloff, one of the national running honorees, was presented with the RRCA President’s Award for his outstanding service in the running community. To give a glimpse, Kozloff has directed over one thousand races and raised more than forty million dollars for untold charitable organizations.

Linden, another local honoree, was a 2017 Distance Running Hall of Fame Inductee and the keynote speaker for the National Running Awards dinner. Linden regaled the crowd with her small statured, big personality dry wit and humble nature. 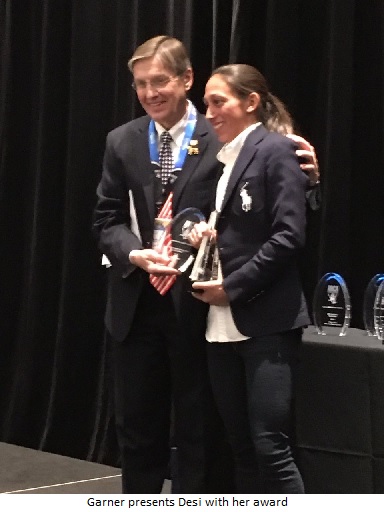 “To have the convention in Detroit during my first year as RRCA President is such a thrill and especially important,” Garner conveyed. “I am very humbled and so proud.”

Among his many contributions throughout the convention, Garner donated a USA Olympic flag signed by Frank Shorter, Joan Benoit Samuelson, Deena Kastor, and Meb Keflezighi for the live and silent auctions which brought in over $16,000 for RRCA programs including their RunPro Camp and Roads Scholar Program.

No matter pace per mile, position or pedigree, the bond that running provides transcends one and all and was celebrated at its fullest and finest during the 59th Detroit hosted RRCA National Convention. To learn more and be a part of the 60th RRCA National Convention to be held in Washington, DC April 5 – 8, 2018, please visit http://www.rrca.org