I guess you could say that my journey to making the 2016 Olympic trials in the 1500m started in 1997, when I had my first elite track and field experience. I started running when I was 10 years old through the Hershey track and field program. I found success with it, and loved to see how hard I could push myself. I also loved the fact that – with practice – I could improve my times. The following winter, my mom signed up my sister and I for Ann Arbor Track Club practices at the University of Michigan indoor track building. A couple months later, I competed in the AAU national championships with the AATC and won the national title in the 1500m. That experience was 19 years ago, but I distinctly remember being excited about how big the medals were, and how much fun it was to double back in the 3,000m and triple back in the 800m! But probably the most important memory was that I, 10-year-old boy, chose to go to a track meet over the league championship game with my hockey team.

It’s been a heck of a journey since then…. Running for Dexter high school and winning their first cross-country state title in school history, running for coach Ron Warhurst at the University of Michigan, missing out on the 2008 Olympic trials by two places, moving to New Hampshire in pursuit of the 2012 Olympic trials, undergoing foot surgery, knee surgery, giving up on my own running at an elite level, coaching at Illinois State University, rediscovering that my own competitive fire was still there, and moving back to Ann Arbor in pursuit of the 2016 trials.

And now I’m here. Sitting in my Airbnb in Springfield, OR one day away from fulfilling a dream that has eluded me twice before: the opportunity to compete against the very best athletes in our country with the chance to earn a spot representing the United States in the Olympic Games. And it almost didn’t happen…

This year was supposed to be about running a fast 5,000m, but with some Achilles issues coming off of a mediocre indoor season, I dropped my volume down and added some cross training to the mix. Then when I opened my outdoor season at Hillsdale college with a surprisingly strong finish in the 1500m, in the back of my mind, I thought I might have a chance at hitting the Olympic Trials standard in that event. It also helped that my training partners are Nick Willis (a four time Olympian in the 1500m), Julian Matthews (selected for the NZ Olympic team in the 1500m), Will Leer (Fourth in the 2012 USOTs in the 1500m), Craig Huffer (3:36 in the 1500m), Hamish Carson (who will likely be selected to the NZ team in the 1500m)… It’s extremely difficult to train with athletes of that caliber in the 1500m, and not want to give it a shot! And so I asked if I could join them at a meet in Windsor, where Nick offered to pace all of us to a fast time.

The meet conditions were perfect. Calm. No wind. Under the lights with the Ambassador bridge visible from the stadium. I got in line, and was towed to a ~4 second personal best in the 1500m. 8th place in the race, but 3:38.77, just .77 away from the trials automatic qualifying time. Surely I would get it at another race! But the 5,000m was still in the cards, so I attempted hitting the time in that event in Boston and came up short. With no more really good opportunities in the USA for a sub-13:30 5k, I opted for two more chances at the 1500 and came up short both times.

At this point, I thought that I would likely still get into the trials if USATF decided to fill the posted field size of 30 participants, but it is their discretion whether they will add any participants over the automatic mark of 3:38.0. After the entry period closed on June 20th, I was 31st on the list. Athletes who entered were allowed to improve their times until June 26th. I fell to 34th. At this point I thought my dream was dead, but there was still a chance… Maybe if Jeff See, Sean McGorty, Riley Masters, and Garrett Heath make the final in the 5,000m, and Cory Leslie makes the final in the steeple, and Clayton Murphy makes the Olympic Team in the 800m… Maybe they will scratch out of the 1500, and maybe athletes below them on the descending order list will be allowed to compete. On July 4th, all of those things happened. I’m in.

July 5th, I traveled: Ann Arbor to DTW, to SLC, to EUG. I got my rental car, got a bite to eat, picked up my athlete credential, got my bib number ironed on to my singlet (a cool new process instead of pins!), went for a run with Will, and settled in to my Airbnb for the week. Since I’m here by myself until tomorrow, Will invited me to dinner at his house, where his brother and his fiancé, Aisha, made salmon, sweet potatoes and salad. I left their house and swung by a Saucony event at Strike City Lanes, then went back to the Airbnb and went to sleep. A productive first day in Oregon. 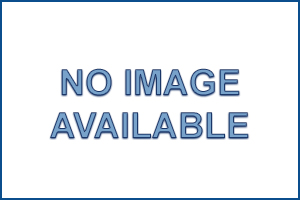