The 2016 edition of the Ann Arbor Track Club Annual Meeting & Dinner held Sunday November 20 at the Original Cottage Inn, Downtown Ann Arbor was nothing short of inspired. Bound together by passion and the Club’s mission to “promote fitness, friendship and fun for all ages through running, walking and track & field activities,” sincere appreciation and mutual respect for every runner and walker filtered throughout.

And with President, Mitch Garner, Dexter-Ann Arbor Race Director, Doug Goodhue and honored guests, Olympian, Nick Willis and legendary retired University of Michigan Coach, Ron Warhurst on tap to entertain the crowd, guests needed only to sit back and soak up stories as they flowed.

A swift election process commenced whereby seven incumbent board members stepped up for another two years, and fresh faced, Ariel Raupagh, joined the ranks for her first two year term with the Club, filling the shoes of much appreciated retiring Board veteran, Craig Ringbloom.

A native New Yorker, Ariel relocated to Michigan some ten years ago for family, but the “green spaces” and thriving running community, including the Dexter-Ann Arbor Run which Raupagh has “run every year” since, inspired her to stay; and after little more than one year as an official AATC member, Raupagh felt the need to “be a bigger part of the Club” that had already made a profound impact on her life.

Thus a glimpse into the many reasons Ann Arbor was not only voted a Runner Friendly Community by the Road Runners Club of America but went on to achieve the first ever Outstanding Runner Community honor thanks much in part to Board Member, Diane Scarpace’s tireless work on the application process and Club member, William Barker’s award winning video.

A highlight of the production, Olympian and Ann Arbor resident, Nick Willis, emphatically notes that while he has “traveled the globe, his very best, challenging and scenic ten mile training run can be found right outside his doorstep.”

An engaging speaker with genuine heart and wit, Willis, along with coach and confidant, Ron Warhurst, commanded the attention of one and all with tales of their bumpy road to four Olympic appearances culminating in one silver medal and one bronze alongside a lifetime of experiences and lessons learned. 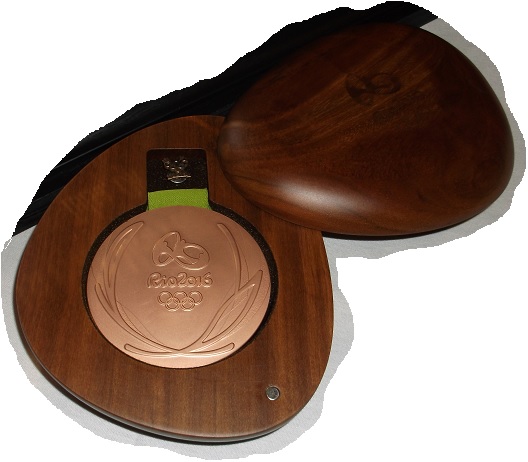 “Never doubt yourself,” Willis espoused, every bit as vulnerable as the norm, a reminder of how similar we all are, no matter speed or stature.

Garner reminds us that “running is a sport that brings us together,” made evident by a mere look around the room and further punctuated by the selfless soul of 2016 AATC Volunteer of the Year Award recipient, Mike Manz.

Rarely at a loss for words, Goodhue could not convey enough, the impact his “right hand man” has had in the continued success of the Dexter-Ann Arbor Run, Trail to the Victors 5K and Club itself.

Led by Garner with humble pride, relentless dedication and determination like no other, the Ann Arbor Track Club is brimming with opportunity and open arms for all who want to be a part.