“The only people that are truly content are those who have found their way to serve.” – Albert Schweitzer

“I love working the expo for the Dexter to Ann Arbor Run. Starting back in the 90s the race has fond memories for me. Watching the community come together each year for this event does my heart good.”

“Reed is always ready to lend a hand,” asserts AATC Adult Workout Coach, Stani Bohac. “He gladly and generously volunteers his time and input as Vice President, at Mini Meets, Tuesday night workouts and anything else.”

After more than four decades of running, Reed’s passion for the sport is palpable no matter if he is racing, volunteering or coaching, his favored personal achievement among many including three Boston Marathon finishes.

“I’ve coached for almost 30 years,” Swanson impresses. “It’s not the championships I remember most; it’s the joy new runners find when it clicks and they realize that running is THEIR sport.”

Such is the case with Reed’s children, Will (19), Grace (17) and Joy (12), all of whom are runners, not in small part due to their father’s influence and mother’s unwavering support. 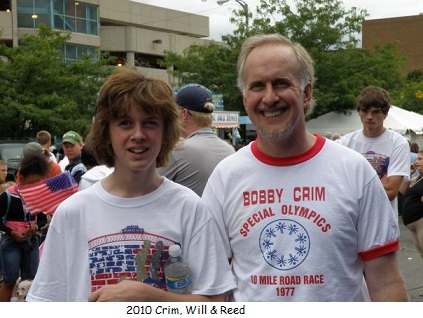 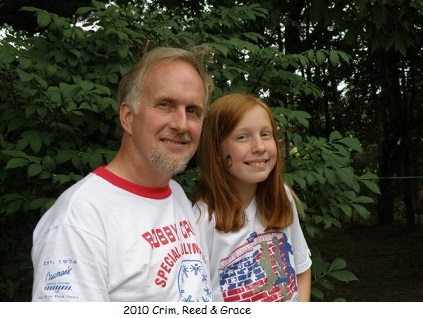 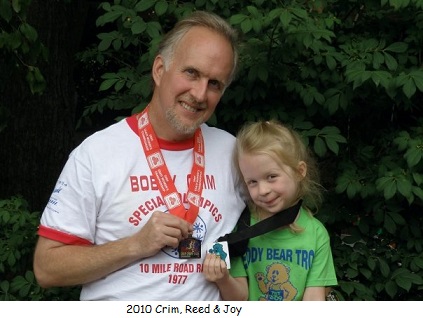 “I’ve been married to Juliana for almost twenty-four years,” Reed happily boasts. “Although she is not a runner, she loves the running community because, ‘They’re the nicest group of people that I’ve met’.”

Despite being sidelined a bit by recent injury, Swanson has now surpassed 1,800 races throughout his running career and has his sights set on reaching 2,000 thanks in part to his “hero,” Harrison Hensley, an icon in Michigan’s running community.

Similar sentiments are shared of Swanson himself by many, including, AATC President, Mitch Garner.

“If I had to describe Reed Swanson in one word, it would be compassionate. First and foremost, he is a dedicated runner and exudes passion for the sport of running. He is a friend to all runners, with a kind word for everyone from elite to
back-of-the-pack. He is a faithful volunteer and I am particularly grateful for his service as the AATC’s Vice President. I can always count on Reed’s support in fulfilling the AATC’s mission of promoting fitness, friendship, and fun for all ages through running, walking, and
track and field activities.”

With such admirable, sought after qualities, one has to wonder if Swanson has foregone another important calling.

“I am always impressed by his knowledge of senators and their accomplishments and enjoy speaking with him about presidential candidates.”

“I watch the election cycle like many people would play Fantasy Baseball, watching strategy moves and counters,” Swanson admits.

When George H. W. Bush received his party’s nomination for president of the United States, he called for a “kinder, gentler nation” in his acceptance speech.

One can’t help but wonder what progress would be made if runners ruled the world, beginning here at home.